“A captivating memoir of change. A hope-filled sermon for change. A tactical blueprint for how we can each make change. Make Change is all three and all the more towards an equitable and just world.”
—Ibram X. Kendi, National Book Award-winning author of Stamped from the Beginning and How to Be an Antiracist

Activist and journalist Shaun King reflects on the events that made him one of the most prominent social justice leaders of our time and lays out a clear action plan for you to join the fight.

As a leader of the Black Lives Matter movement, Shaun King has become one of the most recognizable and powerful voices on the front lines of civil rights in our time. His commitment to reforming the justice system and making America a more equitable place has brought challenges and triumphs, soaring victories and crushing defeats. Throughout his wide-ranging activism, King’s commentary remains rooted in both exhaustive research and abundant passion.

In Make Change, King offers an inspiring look at the moments that have shaped his life and considers the ways social movements can grow and evolve in this hyper-connected era. He shares stories from his efforts leading the Raise the Age campaign and his work fighting police brutality, while providing a roadmap for how to stay sane, safe, and motivated even in the worst of political climates. By turns infuriating, inspiring, and educational, Make Change will resonate with those who believe that America can—and must—do better.

SHAUN KING was recently named by Time magazine as one of the twenty-five most important people in the world online. He covers civil rights issues for the Intercept and is writer-in-residence at the Fair Punishment Project at Harvard Law School. Previously, King served as a pastor, teacher, and full-time motivational speaker in Atlanta’s juvenile justice system. In 2019, King launched the media platform The North Star, which has hundreds of thousands of members and subscribers. His podcast The Breakdown has remained one of the most popular news and politics category on Apple with over 100k subscribers. He lives in Brooklyn with his family.

“A captivating memoir of change. A hope-filled sermon for change. A tactical blueprint for how we can each make change. Make Change is all three and all the more towards an equitable and just world.”
—Ibram X. Kendi, National Book Award-winning author of Stamped from the Beginning and How to Be an Antiracist
“So many of us do the work we do to make the world more humane and just. The best path is learning from other people's experiences. Here, Shaun not only transparently shares his journey of fighting for change, but gives readers courageous action steps to consider in our own lives.”
—Rashida Tlaib, United States Congresswoman

“Thank you, Shaun, for being a natural humanitarian who always stands up for marginalized communities. In Make Change, Shaun brings awareness to problems big and small around the world—then shows us exactly how we can work together to actually solve them.”
—Cardi B, Grammy Award-winning rapper

“Shaun King is unapologetic in his commitment to fighting for our people. In this book, he shares his experience and tools to empower all of us to create impactful movements that force real change.”
—Sean ‘Diddy’ Combs, Entertainment Mogul, Entrepreneur and Philanthropist

“Shaun King delivers the same powerful voice that led to his emergence as a national leader of the movement for police accountability and to end mass incarceration…a must read for anyone seeking to understand—or better yet join—the reform movement sweeping the country.”
—Chesa Boudin, District Attorney of San Francisco

“We are at a crucial, pivotal time in our world, and every one of us has a responsibility to take actions that make a difference. Make Change breaks down for us what this actually looks and feels like so that we can all walk our talk.”
—Megan Rapinoe, Activist and Captain of U.S. Women’s Soccer Team

“An impassioned guide...this fervent exhortation succeeds in making the case that the time for progressives to act is now.”
—Publishers Weekly

“A vigorous complement to other primers in political activism and social justice… [which] shares the spirit of Saul Alinsky's Rules for Radicals.”
—Kirkus Review

“Instructive...Prominent commentator and activist King is a magnet for many seeking a way forward to a more equitable America.”
—Booklist

END_OF_DOCUMENT_TOKEN_TO_BE_REPLACED 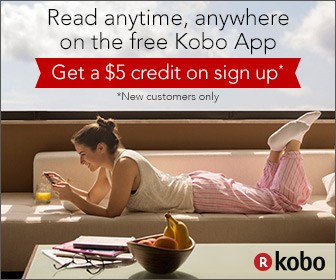